Its quiet possible our next project maybe to build an Ark,its been so so wet this summer.

We finally got the roof complete at Grizebeck,three sun pipes have been installed to the rear roof section andgive lighting to a very dark landing area, they are a velux product and i think work very well,one of them having an integratedlow energy light alleviating the need for a light in an already busy area.A lot of time andcare was alsotaken to source second hand sandstone ridge tiles to match what was already there and in the endfinish the job off really nicely.
With guttering now in place and lead work around the chimney stacks now taken care of we should see the removal of the scaffold this coming week.
Windows also arrived on site yesterday bar the front lean-too frames and bi fold doors,these are still to be measured for on completion of the main structure of the lean-too.
first fix plumbing and electrics are due to start in the next few weeks,so its all coming together.

Coniston is now complete externally with the canopy roof now in place and rough casting complete.
The scaffold came down yesterday, the plasterers have now started on the internals and Sam our joiner along with Dan have installed the new stairs, giving access to allfour levels.( yes i did say four). Its an interesting build
with four floor levels but still a two storey house,plastering should be complete within 2 weeks ,second fix joinery can now go ahead and the customer can make the most of Christmas holidays with a paint brush.
(order your paint Martin ) 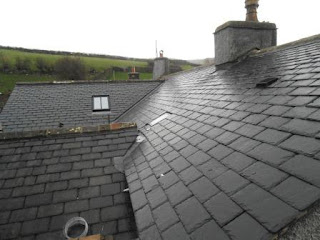 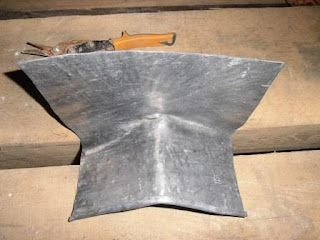 A new lead shoe for and old lady,hand crafted from code 4 lead this is the final piecein thejigs prior to the sandstone ridge going on it abuts the chimney stack and makes a water tight seal between the ridge and chimney stack, small details like a roll on the leading edge make a difference and stop water tracking back into the roof. 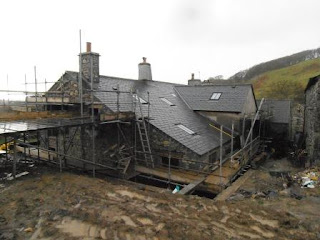 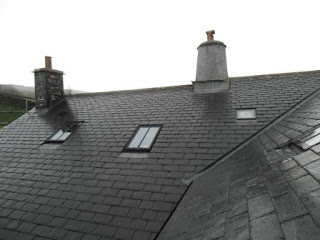 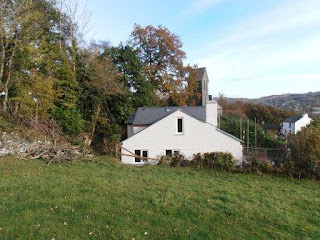 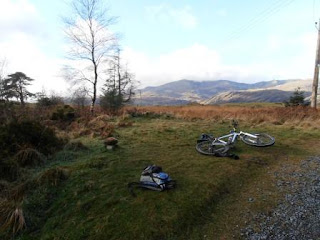 A well earned rest ,training for2013 charity coast to coast 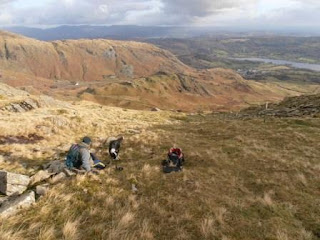 Our take off site for hangliding ( coniston old man) 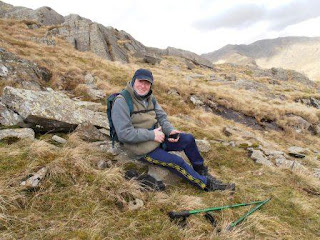 My old flying bud,fit as a fiddle 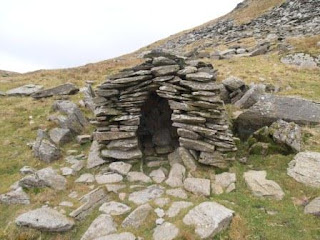 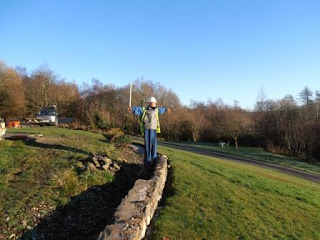 A humane way to tackle the crow problem at Mill Gate.( so far it works well) crows you have been warned grrrrrrrr ! 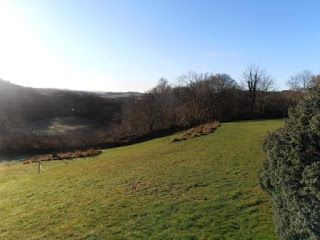 Our view from Mill Gate

Finally i thought you may like to share this with me as the rain has now stopped.
i think we could all possibly relate to this in some shape or form.


In the year 2012 the Lord came unto Noah, who was now living in England
and said, "Once again, the earth has become wicked and over-populated, and I
see the end of all flesh before me. Build anotherArkand save two of every
living thing along with a few good humans."

He gave Noah the CAD drawings, saying, "You have 6 months to build the
Arkbefore I will start the unending rain for 40 days and 40 nights."
Six months later, the Lord looked down and saw Noah weeping in his yard-
but noArk.

"Noah!" God roared, "I'm about to start the rain! Where is theArk?"
"Forgive me, Lord," begged Noah, "but things have changed. I needed
Building Regulations Approval and I've been arguing with the Fire Brigade about
the need for a sprinkler system. My neighbours claim that I should have
obtained planning permission for building theArkin my garden because it is an overdevelopment of the site, even though in my view it is a temporary structure.

We had to then go to appeal to the Secretary of State for a decision.


Then the Department of Transport demanded a bond be posted for the future costs of moving power lines and other overhead obstructions to clear the passage for theArk's move to the sea. I told them that the sea would be coming to us, but they would hear nothing of it.

Getting the wood was another problem. All the decent trees have Tree Preservation Orders on them and we live in a Site of Special Scientific Interest set up in order to protect the bats. I tried to convince the environmentalists that I needed the wood to save the bats - but no go!
When I started gathering the animals, a Society for the prevention of Animal Cruelty to animals tried to sue me. They insisted that I was confining wild animals against their will. They argued the accommodation was too restrictive, and it was cruel and inhumane to put so many animals in a confined space.


Then the County Council, the Environment Agency and the Rivers Authority ruled that I couldn't build theArkuntil they'd conducted an environmental impact study on your proposed flood. And assessed the impact on greater crested newts
I'm still trying to resolve a complaint with the Equal Opportunities Commission on how many disabled carpenter's I'm supposed to hire for my building team. The trades unions say I can't use my sons. They insist I have to hire only accredited workers withArk-building experience.

To make matters worse, Customs and Excise seized all my assets, claiming I'm trying to leave the country illegally with endangered species. So forgive me, Lord, but it would take at least 10 years for me to finish thisArk."

Suddenly the skies cleared, the sun began to shine, and a rainbow stretched across the sky.
Noah looked up in wonder and asked " you mean you're not going to destroy the world?"
"No" said the lord "The powers that be beat me to it"

Thank you for viewing my blog i hope none of the above content offends,its all very light hearted.
see you before Christmas.
ste.